The Difference Between Investing and Gambling 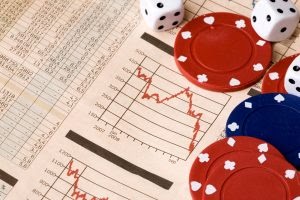 In April 2019, The New York Times broke a piece alerting investors to growing overconfidence in the stock market. The paper quoted Mark Fonville, president of Covenant Wealth Advisors. He explained that many higher net-worth people approaching retirement will try to carry with them the spirit of risk-taking. And while this approach may have helped their success over their working years, retirement is a different game altogether. This risk-taking mentality can snowball into something Fonville calls an “overconfidence bias” and an investing approach that is more like gambling than wealth management.

Unfortunately, risk-taking isn’t advisable when retirement income is on the line. After all, that retirement “nest egg” is meant to last for several decades, and without income to replenish it, things become, well, risky.

The reality is, however, that it’s not just soon-to-be retirees falling into this gambling trap. Most investing is actually more akin to gambling that it may be comfortable for people to admit, and it’s time to face this head-on.

After all, people of all ages are pushed to invest as THE way to build wealth. However, investing in the stock market always requires risk, and risk does not equal reward, despite the saying. Risk is actually “the likelihood of loss.” Ergo, the more you put your money at risk, the likelier you are to lose it.

COVID-19 has only added fuel to the fire, as many young investors have taken advantage of lower prices in the stock market. Due to inexperience and a lack of capital, young investors are likely taking more risks than they should.

Are Investing and Gambling Synonyms?

Like all things, there’s nuance to the topic. The answer, truly, depends on how and where you invest, as well as other investing habits. Done “right,” your investments shouldn’t be a gamble. However, the common understanding of investing often can lead to gambling. It’s important, then, to parce the difference.

Tom Murcko, the CEO of Investor-Guide.com, published an essay 20 years ago that remains just as relevant and helpful today as it was back then. He set out several differences between investing and gambling. We’ve compiled them below:

Defined in this way, the difference between the two actions is pretty straightforward. This also suggests that simply due to the assets some people choose to invest in, their behavior may more closely resemble gambling.

Therefore, if you’re seeking to invest, it’s prudent to research the investment and the companies involved, as well as conduct an examination of self.

Industry studies have repeatedly shown that the behavior of mutual fund investors often accounts for poor investment performance. This is because they often don’t approach investing systematically, and emotions like greed and fear may cause people to make impulsive decisions, with little or no research. Not surprisingly, the results from these methods more often resemble the returns from lottery tickets.

In his book, Snap Judgment: When to Trust Your Instincts, When to Ignore Them, and How to Avoid Making Big Mistakes With Your Money, author David Adler says that the most difficult aspect of gambling to manage is the psychological. Adler contends that behavioral research shows many individuals have an almost overwhelming set of hard-wired dispositions to take gambles rather than make investments.

“The same neural circuitry that responds to cocaine, food, and sex has been shown to be activated by monetary gain as well.”

For some, the thrill of investing/gambling might always outweigh reason. If you don’t wish this to be you, it’s important to consider investing and saving behaviors that support certainty and growth. Don’t sacrifice the things that will matter most to you, especially if you’re risking money that’s meant for retirement, education, or making memories with your loved ones.

This imperative to not compromise investing by gambling highlights one of the greatest benefits of working with a team of financial professionals: Besides receiving informed advice, a financial professional can often serve as a protection against gambling with your investments, by encouraging you to make sound decisions based on good research that have a high likelihood of success.

Take a moment to consider the last few major financial decisions you’ve made in the past year. Then look at the list above. Did you make an investment or take a gamble? If you’re interested in acquiring liquid assets without gambling, contact us. We can put you in touch with a Prosperity Economics Advisor who can help you find certainty and peace of mind in your financial landscape. 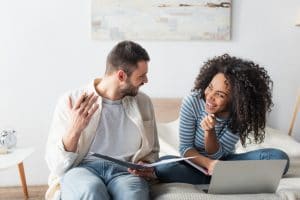 Questions to Ask When Shopping for Life insurance 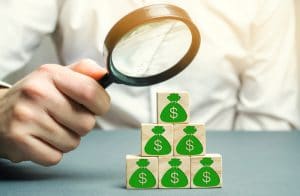 Should You Borrow Against Your Cash Value or Withdraw It? 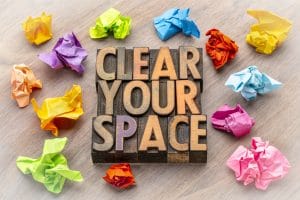 5 Ways to Marie Kondo Your Life for Prosperity