Preparing for a Financial Resurrection

Is it darkest before the dawn? Today’s guest post comes to us from Kate Phillips, friend and member of the Prosperity Economics Movement and founder of Total Wealth Coaching

I was entering into my own financial dark night of the soul, and those troubles were about to get much worse. Little did I realize that blog post would become my own encouragement in the months and years to follow. It contained essential lessons I revisit and share today.

In 2007-2008 when the market began falling, my assets were almost entirely in real estate. I had recently bought a nice home with a large down payment and a sizable mortgage payment, and I had rental homes as well. When housing prices dropped a brutal 45% in the Northwest, my assets turned into liabilities. Tenants and clients impacted by the Great Recession defaulted on agreements, and my cash flow plummeted. About the same time, I took on the daunting task of caregiving my father, who could no longer live independently. A relationship break-up left me solo on the new mortgage, and an undiagnosed iron deficiency and unmanaged stress led to a health crisis. 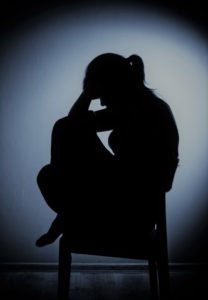 It was the perfect financial storm. And although I was far from the only one who suffered financial devastation in the Financial Crisis, I felt utterly isolated and alone.

A year later, my once-substantial savings had vanished. My little IRA was gone. Three of my properties—including my own home—were in foreclosure or undergoing short sales in efforts to beat foreclosure. Credit cards were maxed out, and I closed my accounts and tried to negotiate agreements to stop multiplying penalties and collection activity.

But the hardest part was losing my home—our home, where I lived with my daughter and father. Although I made 15 mortgage payments in a row, I could not catch up on back payments and growing interest. The lender proved unwilling to help, and our home was sold on the auction block.

In a short period of time, I had gone from teaching financial workshops to other entrepreneurs to losing what most people would consider everything: my savings, investments, credit, a reliable income, and my home. I was “the wealth coach who lost it all”— a dubious claim to fame if there ever was one.

In spite of appearances, I knew that things could turn on a dime for the better. But they didn’t. Month after month, I found myself down to my last $20—or less. I remember calculating how much I needed for gas to drive my daughter to school, and how much I could spend on food.

The road to recovery turned out to be longer, harder, and, in many ways, richer than I imagined. I learned as much—if not more—about prosperity from losing it all as I had from the years prior when I seemed to have the Midas touch. Only when faced with hardship did I begin to learn the lessons I had faithfully taught in workshops: 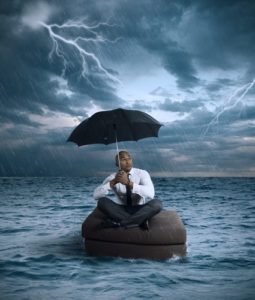 I nourished myself back to health and rebuilt my confidence, one small step at a time. When cash was scarce, I got creative. I bartered for window and gutter cleaning, for massages, and dinners out. When my debts grew overwhelming and creditors were calling, I paid what I could, then unplugged the phone and focused on learning, giving, and gratitude.

Many months went by, and the hard work, bold requests, and tiny steps started paying off. I had begun networking with other business owners, identifying needs and meeting them. Did they need a writer? An editor? A better marketing strategy? A new website? A coach to keep them on track? Done! If I didn’t know how to do something, I learned. Or I found someone who did.

During that time, the inner work was just as critical. I confronted fears and pondered who I was without money, success, my own home, or my former identity as a successful investor and money-savvy person. I faced financial shame head-on, stared it down and conquered it. I realized no one but me could determine my own worthiness. I confronted the questions that you may have faced if you have weathered a financial storm: “Who am I, really? Am I the roles I play, the job I work?”

Wayne Dyer describes the myths of the ego in a recorded seminar on Inspiration: Your Ultimate Calling.  The three biggest myths—or lies, if you will—that cause our identity confusion and lead us astray from our true selves are:

Marketing Guru and author of Wealth Attraction for Entrepreneurs, Dan Kennedy surprisingly suggests that the “dirty little secret” behind many wealthy entrepreneurs’ success stories appears to be… a past bankruptcy, or similar experience of failure or “losing it all.”  Of the 200 self-made millionaire and multi-millionaire entrepreneurs, Kennedy has personally worked with, “nearly half of them had gone bankrupt before finally achieving lasting success and wealth.”

Indeed, the Who’s Who list of those who have gone broke at least once is impressive:

They were all financially devastated along the path to success, and they all picked themselves up and went forward to huge success. (Conversely, those who come into wealth quickly with little struggle are apt to lose it all just as fast, but that’s a whole ‘nuther topic.)

Dan Kennedy, who experienced a bankruptcy himself in his early years, shares the reasons why so many entrepreneurs experience bankruptcy before achieving their greatest successes: “Entrepreneurial success and wealth creation require a willingness to risk and experience failure and the emotional resiliency to recover from it quickly, decisively, passionately and persistently.”  A past bankruptcy may have revealed this trait, developed this trait, or both.

More importantly, says Kennedy, bankruptcy can be a profound experience that leads entrepreneurs to a new understanding of and relationship with money:

When you experience bankruptcy, you feel as if life is over, that you’ll never recover, that you’ll forever have a big red ‘B’ on your forehead, that you’ll never get credit. Then, when you discover none of that is true and that money is readily available, wealth replaceable more quickly and easily than the first time around, the light bulb comes on. It’s a huge ‘Ah-ha!’ and a giant ‘Well, I’ll be damned.’ From the moment of that realization forward, your fears about money are permanently banished and erased. What you feared was fatal turned out to be less than a flesh wound. Now you can’t be scared again.

Probably nothing slows down and stops success as much as fear. Fear of success, fear of failure, conscious or unconscious debilitating fear. As Kennedy observes,

…more people are controlled and inhibited by their fears about money than by any other kind of fear…. When you jettison all money fears, you instantaneously become magnetic to money. I now believe your bank balance reflects the ratio of fear vs. confidence you have about money.
Sometimes the best antidote to your biggest fear is to face it, live through it, and rise victorious over it. 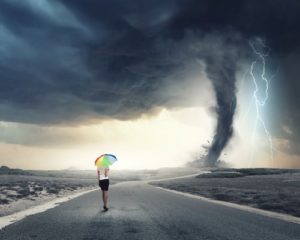 Am I saying that bankruptcy is “no big deal” or that it is a stepping stone to success?  Not at all! The implications of having your credit ruined can be painful, expensive, and not quickly solved. I am, however, suggesting that the sooner we can learn the lessons that bankruptcy appears to have taught the many who rose above it, the sooner we can find our own paths to lasting success and holistic wealth.

If you are going through a bankruptcy or foreclosure, do not despair. It is not the end, only a beginning in disguise.

Look to nature; the natural cycles of death and rebirth are proclaimed by the trees, fish, flowers, butterflies, and all of creation. Look to history and see new ideas, movements, even civilizations rising from the ashes of the old. Look to the great religions of the world and the ancient traditions; you’ll find themes of resurrection and rebirth in all of them. As Evangelist Tony Campolo proclaims again and again in his signature sermon: “It’s Friday… but Sunday’s Comin’!”

Things may look dark, they may look hopeless, it may look like the game is over and you’ve already lost. But nothing could be further from the truth. If you look toward the horizon, you’ll see a glow; the beautiful glow of the sun preparing to rise.

Financial recovery has not been easy for me, but I would not trade all that it has taught me through its gifts. I have learned valuable lessons about business, investing, liquidity, diversification, and economic market cycles. (Much of this I had “learned” previously in books, but experience is a more lasting teacher.)

Most importantly, I can see on a deeper, more profound level my own value, which is not defined by my bank account, what I do, nor my reputation. I have discovered inner wealth and wisdom that does not revolve around my temporary external circumstances. When my net worth plummeted, I built my strength and determination to rise stronger than before.

Today, I have more skills, experience, options and freedom than before. I’m clearer on my values. I’ve downsized my possessions, expanded my experiences, and I guard my health, time and relationships as my dearest treasures. And I have no doubt… the best is yet to come. 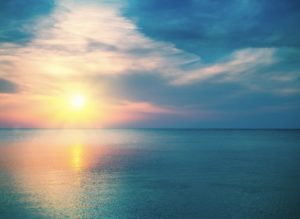 As spring arrives and Easter approaches, the relevance of the season is not lost on me. I am writing this from my new home: the first home I have been able to purchase since my foreclosure. Financial failure felt like a long night at times, but it was only the dark before the dawn.

If you are experiencing darkness, I wish you the rebirth of springtime, financial resurrection, peace that transcends every circumstance, and a very Happy Easter.

PrevPreviousQuestions You Must Ask BEFORE You Apply for Life Insurance
NextMoney Myth #7: Bonds are the Best Place to Store Safe MoneyNext 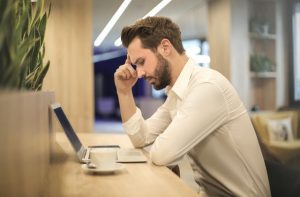 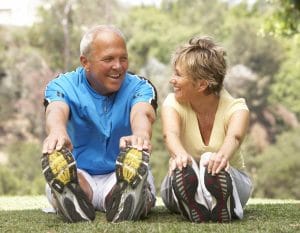 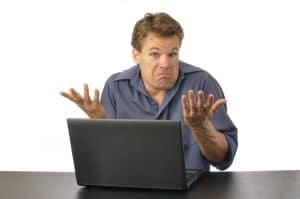